Working closely with a major municipality in the southeast, Chemtrac, Inc. compared their new line of coagulation control instrumentation against their tried and proven Streaming Current Controller (which has been in use at this specific plant for the past couple of years).  Utilizing a Chemtrac HydroACT multi-parameter analyzer, they monitored streaming current, as well as key aspects of the raw water: turbidity, pH, and UV 254 organics. 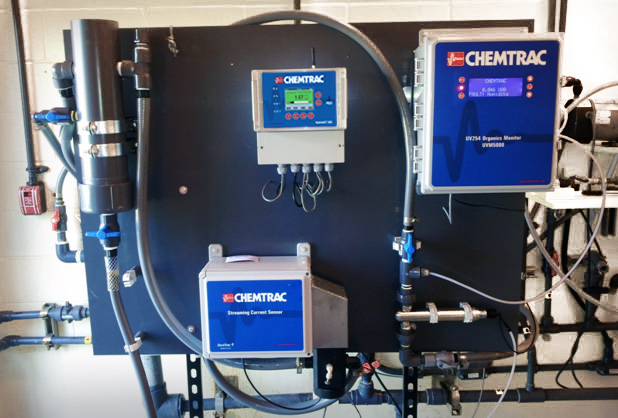 With the new system, Chemtrac was able to illustrate how changes in those raw water characteristics had an impact on the streaming current values. Observations ranged from detecting the presence of natural organics and recognizing the relative impact on the streaming current values, and the subsequent need for a higher alum dosage… to realize the effect that turbidity had on UV 254 absorbance measurement. And the plant operators especially liked the onboard data logging features in case of SCADA failure, as well as the remote modem alerts that prompted actions to avoid any plant hiccups.

During the comparison study, the new streaming current sensor, and the existing unit tracked very closely. The graph below shows a period where the two streaming current units simultaneously responded to an increase in coagulant demand, which coincided with a temporary spike in turbidity. This resulted in a reactionary change in the output to the coagulant pump. 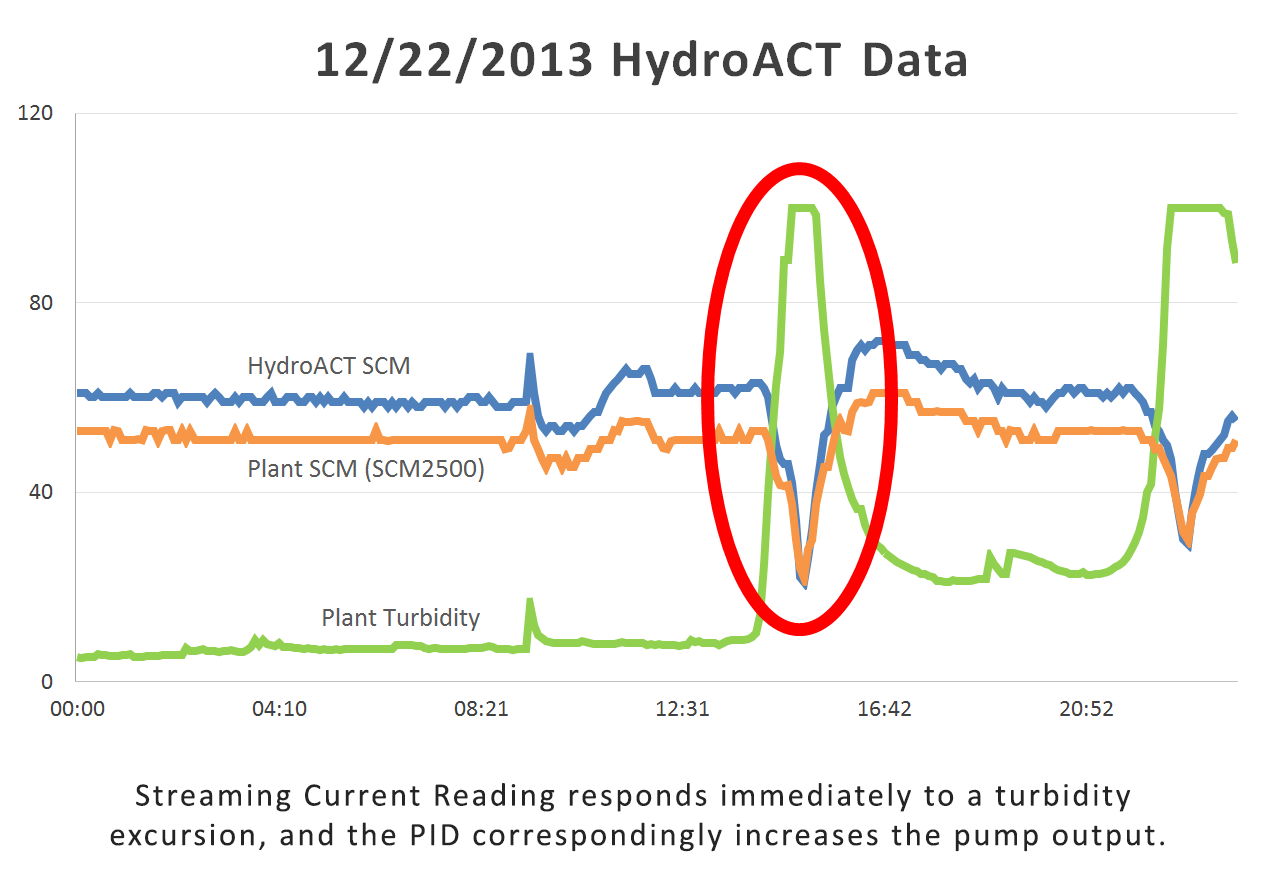 Chemtrac utilized the results of their study to make improvements on their new line of HydroACT analyzers, as well as to further refine their new and more rugged DuraTrac 4 Streaming Current Sensor.

This website uses cookies to improve your experience while you navigate through the website. Out of these cookies, the cookies that are categorized as necessary are stored on your browser as they are essential for the working of basic functionalities of the website. We also use third-party cookies that help us analyze and understand how you use this website. These cookies will be stored in your browser only with your consent. You also have the option to opt-out of these cookies. But opting out of some of these cookies may have an effect on your browsing experience.
Necessary Always Enabled
Necessary cookies are absolutely essential for the website to function properly. This category only includes cookies that ensures basic functionalities and security features of the website. These cookies do not store any personal information.
Non-necessary
Any cookies that may not be particularly necessary for the website to function and is used specifically to collect user personal data via analytics, ads, other embedded contents are termed as non-necessary cookies. It is mandatory to procure user consent prior to running these cookies on your website.
SAVE & ACCEPT
X